Coursing through the veins of the Eastern Canada grassroots festival circuit, Heather Kelday is riding that glorious wave of pretentious popularity that occurs right before you get your own Wikipedia article. Resting somewhere between blues and bluegrass, Heather sits comfortably and confidently on her little folky lilypad.

The Hitchin’ Post was given to me by a friend, and I had to go through it a few times to really absorb the music. It’s deceivingly simple in its instrumentation – charming in its anachronism. Cute seems to be the cliche adjective to select, but no adjective is more perfect.

Some subtle electric guitar and organ licks are sprinkled amongst the a minimalist arrangement of piano and acoustic elements, all topped up with a solid song-writing foundation. Heather has a strong folk backbone with a sensual voice that is nothing less than velvet. It’s smooth – not an ounce of gravel or grain, strikingly resonate of Carole King.

The album evokes memories of some of my favorite summer festivals, not necessarily in the energy parameters, but rather in the shameless delicacy of approach. Heather isn’t trying to ‘rock your socks off’ yet at the same time, this isn’t an album of monotonic ballads. Every track is truly unique.

Carmacks for example, features heavy open-ended membranophones and a reggae pulse that is inescapably fun without being a stereotypical Bob Marley salute, while Lady Slipper is a distant, almost ethereal piano ballad.

Above all else, the lyrics on The Hitchin’ Post are thoughtful and constructed with faculties of story-telling and honesty. It is evident, if not stoically so, that the songs came before the sounds. The yrics are written to beckon the music – the core tenant of a good folk disc.

“Well thanks for the advice, I’d have taken it had I thought it was truth,
But I’m building my own city on the concrete idea that I can’t change for you.
You don’t know what is right until you know what is me.” – What’s Right

The album almost presents itself as a dulcet summer drone, a manifestation of the melancholy escapism you find at a summer music festival in the late afternoon. It smells like honey and feels like polyester, it is engulfing as July humidity while remaining approachable as an early summer barbecue.

The Good: Well, everything. Indeed, the songwriting, the instrumentation, the production are all executed with tact and dare I say, care. It seems as though every note on this disc has a purpose, a reason for existing.

The Bad: If you are in the mood to thrash about like a troglodyte, you are in the wrong genre. This music is definitely is mollifying, so those that are sleep-deprived need not apply.

Verdict: It’s unique, its quirky, and it’s very, very good. Enjoy The Hitchin’ Post and in fact, all of Heather Kelday before the rest of the hipster crowd catches on.
- Mystery Tricycle

After a ten-plus-year successful run on the music scene, mostly fronting the bands Barefoot and A Band of Owls, singer/songwriter Heather Kelday is making a bold move and flying solo. Blessed with a dreamy voice, the gifted songwriter describes the world as she sees it in self-penned pearls that can be found on her much-anticipated debut solo album The Hitchin' Post. A versatile multi-instrumentalist, Kelday plays her own blend of folk-which makes definite forays into blues, soul, bluegrass, and jazz-on banjo, mandolin, guitar and piano and is often accompanied by well-known artists from the East Coast music community. One of our most promising musician Heather Kelday is not to be missed.

Heather Kelday's brilliant new CD, "The Hitchin' Post", showcases a songwriter who has reached artistic maturity; a versatile musician/composer with the gift of a warm, expressive voice. Those who need to categorize music would file "The Hitchin' Post" under "Indie- Pop - Jazzy- Orchestral- Folk"; for the rest of us . . . well, it's simply great music! Heather is pursuing her career as a solo artist, following her inspired work with Barefoot/A Band of Owls, and she still keeps good company, having enlisted some of our region's best musicians to form the Mud Creek Symphonic. With their support, Heather Kelday's music continues to reach new heights!

Heather Kelday and Paul Cressman traded in life and music made on the shores of Lake Superior—Thunder Bay, Ontario to be exact—for Halifax a few years back. Their reasons for the move were fabled and practical. "The slow-paced lifestyle, welcoming music community and to find a new drummer," says Kelday.

And they found him. His name is Aaron Mangle and his hinting playing perfectly suits the dreamy jazz-folk vibe created by Kelday, who plays guitar and banjo and sings, and Cressman on acoustic standup and electric bass. "Rushing Love Song," from the band's new indie release Of Wood and Water, Stars and Song (official release on December 2 at the BusStop Theatre) demonstrates the trio's spellbinding powers.

Alongside the dreamy aspect, there's a healthy get-up to the Owls' recorded and stage work, rousing the crowd with bluegrass and tapping into their roots. "Our earlier albums"—when the outfit was called Barefoot—"are rooted in indie-rock and jam band styles conducive to dancing," Kelday explains. "Those albums highlight improvisational jams, ambience.

"Aaron, Paul and I have an affinity for experimental music," she adds. "We all grew up playing a variety of instruments."

Lately, Kelday has been writing on banjo and mandolin, along with guitar. The shared spirit of experimentation and acoustic music created a delightful surprise for Kelday and company on Of Wood and Water, Stars and Song. "To go from jazz to rockabilly to cabaret all in one album was pretty fascinating and unexpected," she says. "But somehow it works."

As for her songwriting, Kelday sings of the "natural world and social interaction …love, lust, loss—you know, the good ol' three Ls."

Once she has her words down, she shares them with Cressman and Mangle. "It is so beautiful when Paul and Aaron add their thoughts and lives to the story in musical instrumentation."

Beautiful too now that Band of Owls is in Halifax's musical life.

A Band that gives a Hoot
Annapolis Spectator

"A blend of folk, roots music, blue grass, jazz, rock and ambient, they perform songs that soar through the heart, liberate the imagination, and bring us back down to earth with melodic poetry ground in the fertilit of nature and the human soul" Carolyn Sloan" (October, 2006)

"Their sound has a life and energy that is infectious.
They have a keen sense of melody and motion with a mixture
of a Daniel Lanois-style studio sound and the
jangly acoustic feel and relaxed vocals of folk/rock."
Shelley Thompson – Halifax Herald (2005)

It was definitely some of the most creative music I've ever heard.
Megan Valois - Athenaeum (Acadia University Paper – 2004)

Playing a mix of folk and blues injected with a wholesome
dose of rock and roll ambition, their set was equivalent of musical opium, leaving everyone yearning for more.
Dave Briggs, Argus (2002)


Band of Horses, eat your heart out
Bridging the Atlantic

Last night Ottawa was graced by A Band of Owls, one of Canada's young folk acts with loads of promise. The band was pared down for the show, playing without drummer Aaron Mangle. Frontwoman and songwriter Heather Kelday was the star of the show, displaying some serious chops on guitar, banjo, and mandolin to accompany her soulful songs about embracing the natural world.

If you're looking for something to hoot about during some downtime at the Lunenburg Festival of Crafts, you may want to keep your eyes open for a low-flying owl — in fact, A Band of Owls, to be precise. 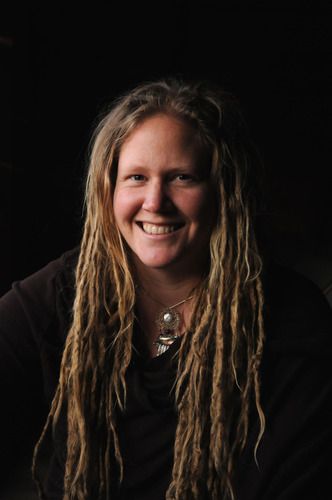 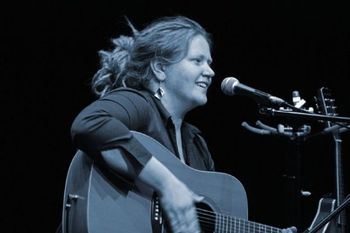 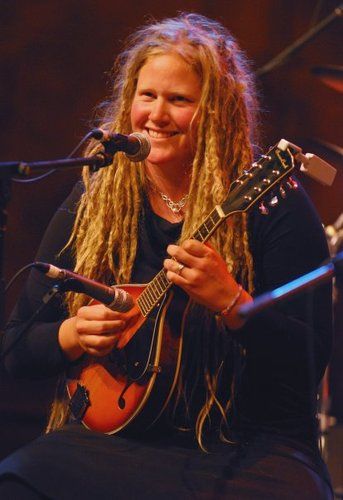 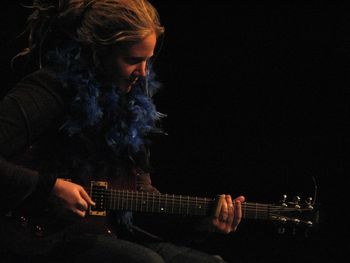 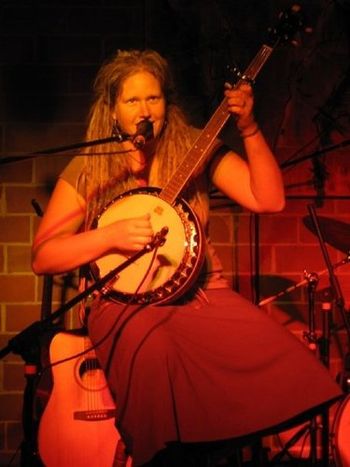 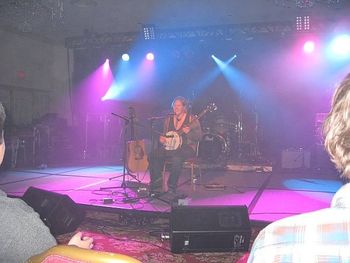 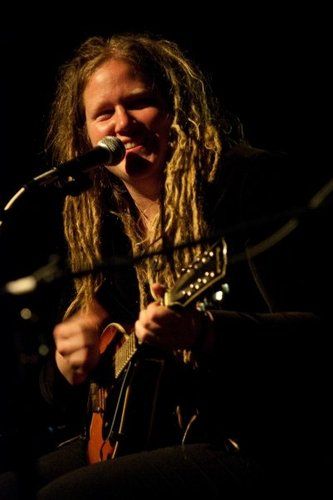 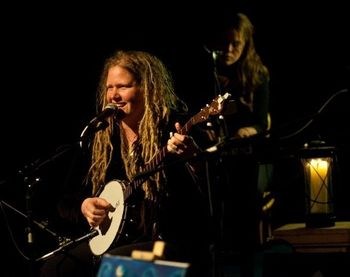 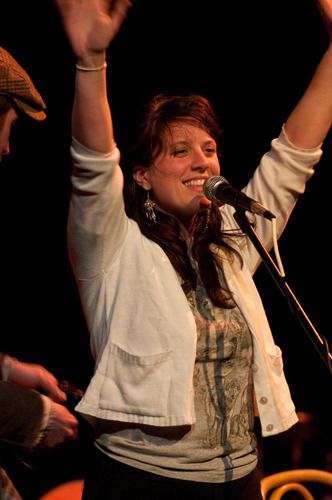 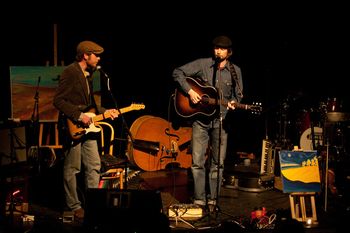 Acres and Acres open the show with fantastic music 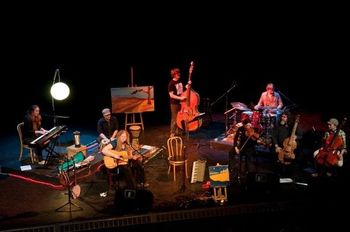 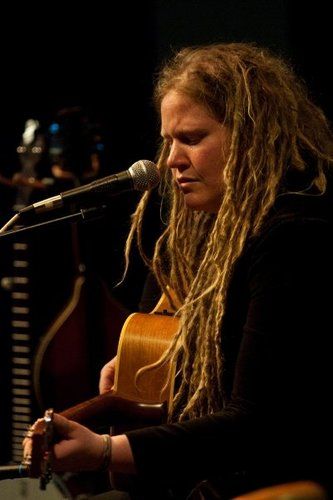 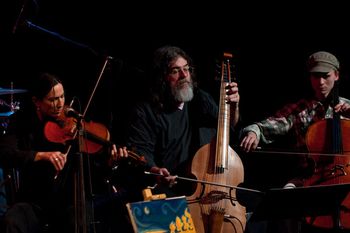 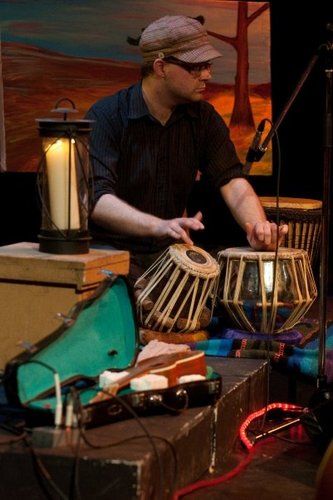 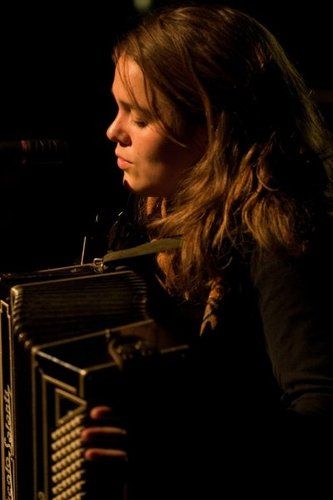 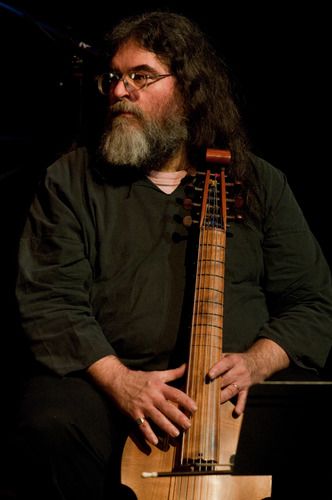 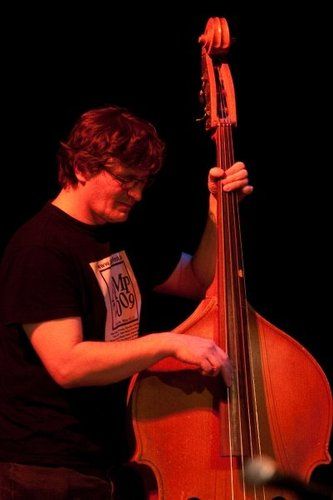 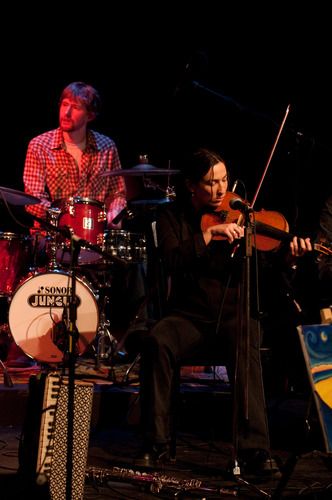 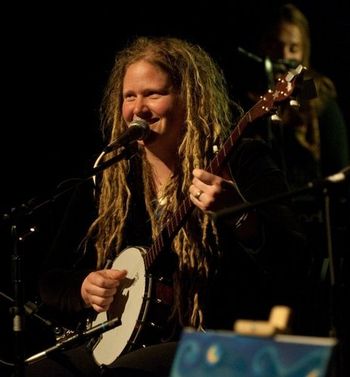 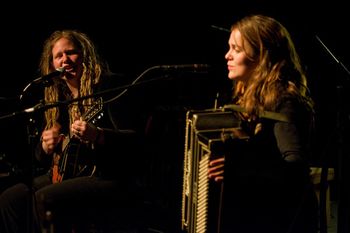 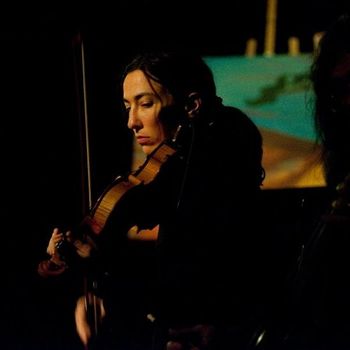 Ariana Nasr - best at everything! 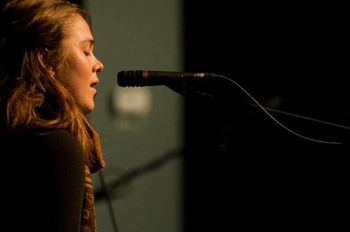 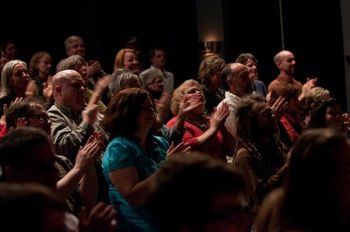 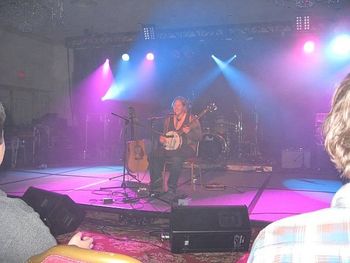 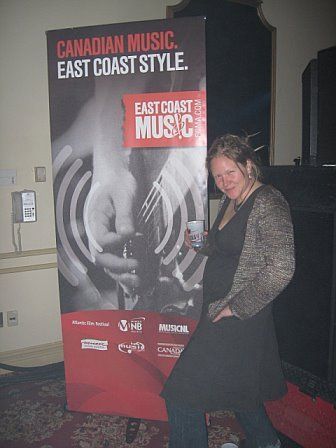 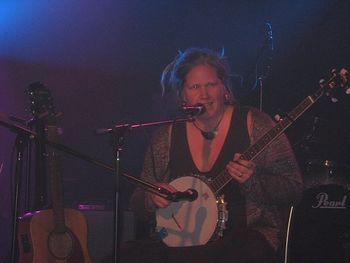